Which Social Media Platform Generates the Most Return Visitors for Media Sites? 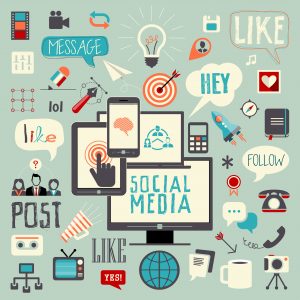 A key to advertising successfully on social media is figuring out which platform generates the most return visitors for media sites. This can be a surprisingly complex question.  In certain cases, it may not even have one answer. Certain social media platforms may be more effective for certain advertisers or specific industries. However, research indicates that there is an answer to the question of which social media platform generates the most referrals to exterior sites. In this article, we will go over some of the benefits of these platforms when it comes to gaining return visitors to media sites.

Facebook, in particular, has drawn ire from advertisers since major changes were made to the platform in 2018. These changes have caused many advertisers to report noticeable decreases in referral traffic coming from Facebook ads. Despite this phenomenon, Facebook remains the leading platform among social networking sites in creating return visitor traffic by a wide margin.  While some advertisers may argue Facebook is less effective than it used to be, there is no question that Facebook remains No. 1.

Research shows that Facebook has a little under a billion referrals each month. This is even more powerful when you consider that it is a significant portion of Facebook’s 2.23 billion users. Twitter, coming in second, hovers just under a hundred million referrals per month. Even though Twitter is ranked second in terms of referral rate, it still comes nowhere close to reaching Facebook. This explains Facebook’s enduring popularity among advertisers. Other social media platforms, including Instagram, Pinterest, YouTube, or LinkedIn, are not without serious merit. However, none of them are near Facebook or Twitter in terms of referral rate.

This is despite Twitter having the fewest users of the platforms mentioned. Twitter is used by 24 percent of American adults (compared to just under 70 percent using Facebook and 37 percent using Instagram). Despite Facebook’s numeric lead, Twitter has the highest percentage of returning visitors out of all the major social media platforms.

On average, 25 percent of return visitors on Twitter had been to the same website during the same month. Facebook performs well at 19 percent on average, but still noticeably lower than Twitter’s average. Instagram creates a major contrast, only averaging about 5 percent return visitors in the same month. While Instagram has made many strides to become a major platform, it still lags behind in generating referrals.

When it comes down to numbers, no platform comes close to creating as many referrals to media sites such as Facebook does. While Facebook has a lower percentage of users who are return visitors, it generates far more total return visitors than Twitter does. For businesses looking for the best bang for their advertising buck, Facebook may be the best platform to choose. With Facebook’s enormous referral numbers, it guarantees the most exposure. Twitter seems to have some serious potential for certain businesses, too. This is especially the case for brands looking for influencers as a marketing tool. For companies looking purely to get more return visitors, Facebook stands alone.