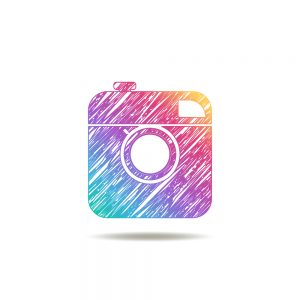 In the wake of the Facebook data scandal and the GDPR, one of the areas this blog has attempted to cover and update readers on is the butterfly effect that will follow. One of these outcomes has already surfaced as Instagram ad spend is on the rise.

The increase in ad spend on Instagram, a Facebook-owned social platform, helps Facebook tremendously. Amazon has recently made a dent in the online advertising market, mostly reducing the ad spend on Google and Facebook. There is a lot of movement, but overall digital ad spend is on the rise.

A balloon effect is coming to fruition across multiple social platforms. In fact, LinkedIn saw the most growth with a 212 percent jump in ad spend. In addition, Facebook, Twitter, and Snapchat all experienced slow growth in ad spend. The slow growth Snapchat saw is likely a result of Instagram’s boom, as the apps story feature is popular among users and allows users to view the stories and stories of people they follow in one simple app.

It is still worth noting that in spite of the slow ad spend growth among specific social networking sites, all social platforms are experiencing growth in ad spend. This is a result of the marketing industry’s overall shift toward digital advertising, which is on pace to surpass traditional advertising this year. To further this point, AdStage reported:

Instagram is one of our favorite online marketing tools here at Transformation Marketing. The app is simple, fast-paced, incredibly visual, and its tagging features increase the likelihood that a post will be discovered. Marketers know the power of this social app and the dramatic increase in ad spend shows it.

Even though the app has existed for years, there are many factors that play into this sudden boom outside of Facebook’s data scandals:

One billion users: Instagram recently surpassed one billion users. Reveal Mobile CEO, Brian Handly, credits a growth in demographics and lack of controversial content to the apps rise in popularity. Where the people go, marketing will follow.

Engagement: Whether users are interacting with friends or brands, Instagram may provide the most engaging experience of all the social apps. Businesses can use the app to show off personality, post questions and simple surveys in the story features, and link products directly to photos with the app’s shopping features. Instagram-branded profiles engage at higher rates than Facebook.

Mobile: While the social platform can be used on desktop, its mobile features are what make this app stand out. Seriously, try using the desktop version and compare it to mobile. 52 percent of all website traffic now comes from mobile, and this number increases every year. With the trends in mobile traffic and the number of Instagram users, the ad spend increase makes perfect sense.

Ever since the rise and fall of MySpace, marketers and social users are always trying to predict what will replace Facebook. Even though Facebook and YouTube have an immense presence in the social network market, Instagram is surging ahead. While it remains unlikely that Instagram will overtake the throne, the social networking rat race is heating up.