The Evolution of Video: Then vs. Now 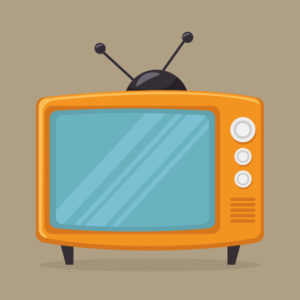 Today, when we watch an Instagram video on our phone or an intense movie filled with special effects on Netflix, we overlook the process that has made the video industry what it is.

From the first cinematograph’s creation in the late 1890s to the first camcorder in the 1980s to the invention of 4K and 3D – video technology has developed and changed drastically throughout the years. If we continue on the same trajectory in the future that we have historically, video technology’s evolution will not be slowing down anytime soon!

To start off, the Lumiere brothers patented the first film camera in 1895 – the cinematograph. This camera served multiple purposes as not only a motion picture film camera but also a film projector and printer.

In 1912, the first video camera was created and was a staple in the film industry through 1957. Soon after, the technicolor film was invented as a series of colored motion picture processes in 1916. As you can imagine, it caught everyone’s attention and quickly became popular in Hollywood.

The Rise of Television

Next, TVs began to enter the home in the 1950s, which started the broadcast video production in the household. They started out as small broadcast TVs with little screens, but by the 1960s, many homes had different varieties of color TVs. This eventually evolved to the flat-screen TVs that are found in homes today.

Birth of the Camcorder

In 1982, Sony and JVC announced the creation of the camera/recorder or the camcorder. This camcorder used a VHS to store and playback the video it took. In 1985, Sony introduced the first chip-based camcorder, and the VHS-C camcorder was introduced by JVC not long after. In 1992, the first color LCD screen came out, which replaced the traditional viewfinder and eliminated the squinting factor that was found in early camcorders.

It was not long before easy-to-use, colored, high-resolution video became the new normal.

The transition from analog to digital began in 1981 when Sony developed the first single-lens camera. Kodak is where we find the first “true” digital camera that we know today.

The first digital camera that also featured video was released in 1993. After this innovation, the market was quickly flooded with digital video cameras from various brands such as Sony, JVC, and Panasonic.

And finally – the first instance of video marketing was in 1941. Bulova, a New York watch company, ran the first commercial before a Brooklyn Dodgers and Philadelphia Phillies baseball game. It aired for 10-seconds and only cost $9!

Years later, video marketing began to disrupt everyday TV. In 1981, MTV launched the first music video. Ironically, it was “Video Killed The Radio Star” by The Buggles. In 1984, Apple shattered advertising records with its commercial for the Macintosh during the Superbowl.

Video marketing has continued to grow over the years. In 2005, YouTube was created, which caused a massive increase in marketing within two years and an impact that can still be seen today.

Through these many changes, video technology has become a vital part of everyday life. The movie industry is thriving, there are TVs in almost every home, and you will often see people watching videos on their laptops, tablets, and phones.

Today’s video systems are small, fast, and easy to use so that anyone can pick up a camera or their phone and film a video. Through the evolution of video, it has become an essential part of many people’s daily lives.

Video is vital to entertainment and marketing. Here at Transformation Marketing, we pride ourselves on providing our clients with high-quality videos that fit their needs. Are you interested in hearing more about video marketing? Give us a call at 402-788-2896!