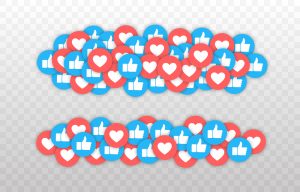 Facebook launched the Facebook Live feature in 2016, and it has soared to new heights of social media popularity. One out of every five videos on Facebook was a live broadcast only two years later. Innumerable brands have joined this movement by discussing products, services, customer experiences, or sharing knowledge and educational materials on live broadcasts. Many brands even use Facebook Live just to entertain their followers. This has led to many new developments in the relationships between customers and their favorite brands.

This makes creating a strategy for live broadcasts a smart branding idea for pretty much any business. Not every company takes advantage of live Facebook broadcasts, however. Some business owners may be put off by the idea that live videos are too risky. After all, something may not go according to plan, and there will be no time for edits. It can seem intimidating to do live broadcasts, but there are many reasons to take the risk. Brands around the world are engaging their audiences in new ways, even when things go “wrong.” Business owners can sometimes underestimate the generosity of their target audience.

The best Facebook Live videos share a number of common themes, approaches, and principles that make them stand out.

Examples of Some of the Best Facebook Live Broadcasts

CNN and Anderson Cooper have taken a route increasingly common among brands: live video series. Themed live video series broadcast regularly, often even weekly. This creates a habit in the audience of tuning in and setting aside time to watch. CNN’s Anderson Cooper: Full Circle is a prime example of this type of broadcast. Similar to Anderson 360, the broadcast gives viewers insights into major U.S. news items.

Unlike Anderson 360, Full Circle is an inherently mobile-friendly format. The show lasts about 10 minutes, with Cooper summing up the news and possibly hosting a guest. Full Circle broadcasts have a vertical format, which is very effective on mobile devices and social networks. Viewers can comment and ask questions for Cooper or his guests. Cooper engages the audience with personal stories and by asking audiences about trending topics that interest them.

Tomcat, the rodent extermination company, created a brilliant puppet-based horror live video for Halloween 2016 called Facebook Not Live. Working with their marketing agency, the video told a tale of some adolescent mice vacationing in a haunted cabin. Themed as a horror flick, audiences were asked at various points to choose which mouse would be the next victim and how. The strange live broadcast was a great success, with over 2.3 million views. Almost a quarter of the audience participated, and Tomcat’s fan base increased by 58 percent.

These examples show you what the full potential of Facebook Live videos. Consider coming up with a plan to include them in your marketing strategy.

advertiseAdvertisementAdvertisingfacebookfacebook livemarketingmarketing strategyonlineonline marketingvideo
Previous StoryShould You Use a Focus Group for Your Next Campaign?
Next StoryDifferent Personality Tests and How They Can Help Your Team