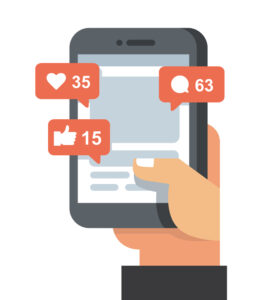 Piper Sandler just released their report on teen consumer insights. There are some insights that are to be expected but some may surprise you too. Here are a few statistics that we found to be interesting…

If you want to “fit in” with the teens, your best bet is to have an iPhone. 87% of teenagers have an iPhone. Teens have already shown their loyalty to the Apple brand by stating that an iPhone will be their next phone and the majority of kids have bought AirPods as well.

Females lead the charge as the biggest spenders. All-female spending increased by 9% compared to last year. With clothing and footwear being their most frequent purchases. Skincare also rose to prominence for the first time within the beauty sector.

Since most teens have an iPhone, they choose to use Apply Pay for payment apps. Following Apple Pay, they prefer Venmo. Payment apps are used for a variety of reasons but the most popular use is to pay friends back for shared expenses.

The top shopping websites are Amazon, Shein, Nike, and PacSun. It’s no surprise that Amazon ranks at the top, but we found it interesting that Shein is in the top two. It’s grown in its popularity due to its low prices and trendy clothing items. Here’s the kicker though, it has been in the hot seat for the past couple of years due to unethical labor practices and low-quality materials.

Netflix and YouTube are neck-in-neck for first place. YouTube has been a go-to for years, but Netflix has been increasing in popularity due to its wide range of content and its ad-free platform. Many households are switching to streaming services rather than cable TV, which has most definitely helped Netflix raise to the top. It opens up some new marketing strategies like programmatic advertising!

As expected, TikTok is the most widely preferred social media platform for teens. It’s a quick and easy way to consume content and connect with others. Snapchat and Instagram come in at second and third, respectively. This is the first time that Snapchat has been beat out by TikTok.

The current events of the last year have made a big impact on teens. Teens are most likely to support causes related to Ukraine’s Invasion, Environment, and Racial Equality. With the current political landscape, it’s no surprise that these are the top three issues.

Adam Sandler has lost his glimmer. He has been pushed out of the top celebrities even though he was in the top spot last year. Ryan Reynolds reigns as the most favored.

Emma Chamberlain has held her top spot as the top influencer. She is known for her YouTube videos that show her quirky and relatable personality. Kanye West and Dwayne “The Rock” Johnson make their way into second and third place.

I hope you found these insights as interesting as we did! If you want to stay up-to-date on the latest trends, make sure to follow Transformation Marketing on social media or sign up for our newsletter!